Too much of a good thing can sometimes lead to bad outcomes. Certainly, extra time on our hands can be perceived in numerous ways, and some may sum up the experience of idle hours as either a gift or a curse. Depending on the state of a relationship upon entering the COVID-19 lockdown, putting a marital arrangement to the litmus test of total immersion may prove to be a strain too great to endure. Countless hours and lost days of constant togetherness with a spouse that you no longer see eye to eye with, can lead to sadness, depression, and all-out frustration causing a questioning of circumstance. A re-evaluation period was bound to take place once America stood still for a moment. Folks had time to think and for maybe the first time ever, realize and face their mortality. Says, Julie Amthor, Paralegal at East County Family Law Group, “The most prevalent phone call I am getting lately has been, ‘I can’t stand one more day with him/her.’ These last few months have been the busiest we have seen in over two decades of practice.” 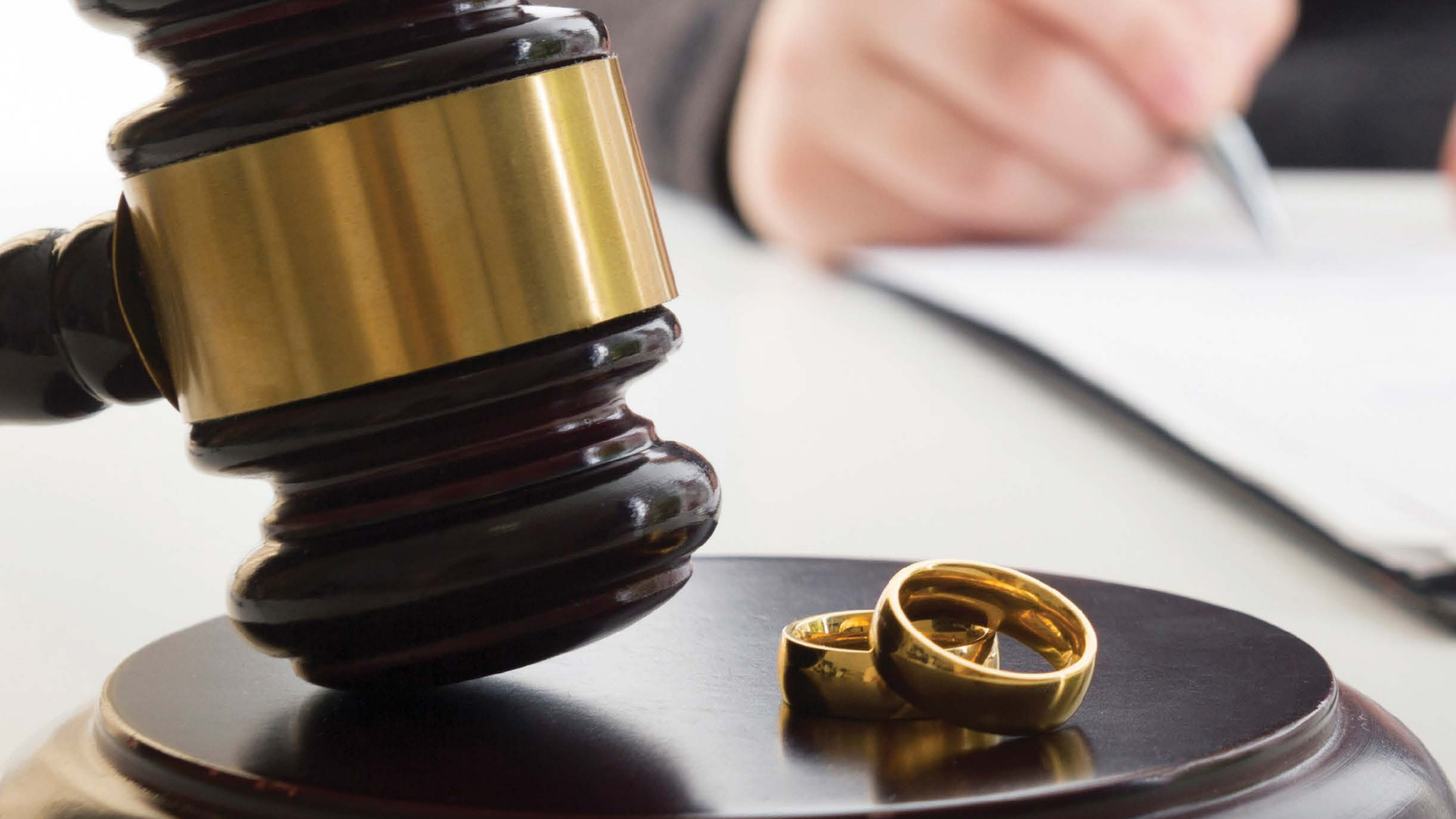 “The golden question, and one that we ask our prospective clients first and foremost before deciding to proceed with a divorce is, ‘Is it worth it?’ ”

How did we get here, to the point of remarkably high divorce rates that span the age groups? Why such a drastic move to throw away a marriage, some of them long, enduring partnerships that have lately come unraveled simply because of too much togetherness? Words of wisdom came from Julie’s husband, Attorney Michael Amthor, “These are unique times.

People are in a pressure cooker of emotions and financial situations we have never experienced before. We are seeing more cases of maladaptive tendencies leading to drug and alcohol abuse that is only exacerbating the underlying relationship problems. The fallout of substance abuse has led to a rise in physical abuse. All things told, when these issues are not addressed and counseling not sought, these couples could find themselves in a position where they simply give up. The golden question and one that we ask our prospective clients first and foremost before deciding to proceed with a divorce is, ‘Is it worth it?’ Considering all the hardship and emotional investment that will be spent repairing the union, are you willing to do the work?”

Once a client has surmised that no other means of reconciliation is possible or wanted, there are a few steps to be considered. “Of utmost importance is the client’s safety,” says Michael, “Everyone needs to assess their risk both financially and physically. Protect yourself, don’t cause an escalation of abuse if that is a possibility. Don’t get caught doing it, but you certainly want to get prepared. Go to a library or a trusted friend’s house to do any preparation or research.” A myriad of paperwork should be gathered, important financial documents, such as titles, deeds, a list of assets, proof of income, a tally of expenses, etc. Marriages are going to have varying levels of openness and no two divorces will be alike. An amicable split may be highly possible from just a compassionate conversation and mutual agreement. In that case, Julie would be a great resource, but she adds, “It is a small percentage of clients who state their situation and it’s decided I can help them by simply filing the paperwork. Most will, at the very least, need mediation to iron out the details.” Michael points out, “An attorney will help see things for you, things that can be beneficial to your outcome. Also, there are questions that need asked that you may not be asking. In any case, if the other party already has an attorney involved in any capacity, you’re also going to need one to fight for you. Without legal representation, it is a guarantee that you will not be happy with the outcome.”

The next move to be made is whether to vacate the home or ask the other partner to leave. Says Michael, “Every major decision in a divorce should be made with the focus being on the best interest of the children. Where would the children be best suited living? Furthermore, always assume that the parents have 50/50 rights to be with their child. Depending on the facts of the divorce, the court is going to give a clear path forward, leading to that equitable split of custody. This ruling doesn’t mean there’s an equal division of financial support. When the two incomes are considered, a ruling will be made to fairly divide the monies that will be allocated to the children.”

“Previous generations never would have divorced at such a late stage, it’s unprecedented.”

In these cases, augmented authority is necessary, just in case it is needed.

Concerning money, the assumption has to be that every person acts in their own best interest. People make money moves that benefit them. The chances of a spouse hiding your joint assets is real on many levels. “One strategy we see employed when there is a surplus of saved cash, is the payoff of all credit cards by the person who wants to come out ahead financially. Depleting the cash reserves means not having to divide that asset. Doing this leaves many credit cards with zero balances ready for use, but much to their surprise, the other spouse’s name has been recently removed as an authorized user. Spouses should share a fiduciary obligation to each other to do what is best for their partnership, the same as in a business partnership. When that trust is breached, the court can order restitution that requires half the total of the breach to make you whole. However, pursuing a judgement of this sort can be a costly, lengthy battle. Every battle considered should be run through a cost versus benefit analysis; you don’t ever want to spend too much to deal with something that is going to end up not worth it in the end.”

One of the more unusual scenarios to come about is the proliferation of the older generation choosing to divorce. This age group is comprised of couples in their 60s to 80s. Says Julie, “Previous generations never would have divorced at such a late stage, it’s unprecedented.” In these cases, augmented authority is necessary, just in case it is needed. The court case will go on regardless of any stage of incapacitation, and a trusted person to speak for the senior on their behalf is required. More than just divorce law, East County Family Law Group can handle probate, trusts, and estate planning to ensure heirs are planned for as part of a senior’s legacy. Unfortunately, in cases where there is a divorce so late in life, red flags tend to go up. Once the senior is separated from their longtime partner, cases of elder financial abuse can and do occur. This is a situation that usually takes place following a large inheritance.

Once introspective weighing of the pros and cons is done, a final word of caution is to not depend on family and friends or Google for legal advice. Every person’s situation is different. It may behoove you to wait and stick it out. Go visit family or friends. Take a timeout and clear your head. Says Michael, “Almost 100 percent of the time, getting a divorce is worse than staying. Whichever path forward you choose, invest in therapy. Courts do not take emotions into consideration when passing judgements in a divorce; which spouse is at fault or the ‘bad guy’ doesn’t come into play when dividing assets. In the end, forgiveness and saving your marriage may be cheaper than undoing all the ties you’ve created.” 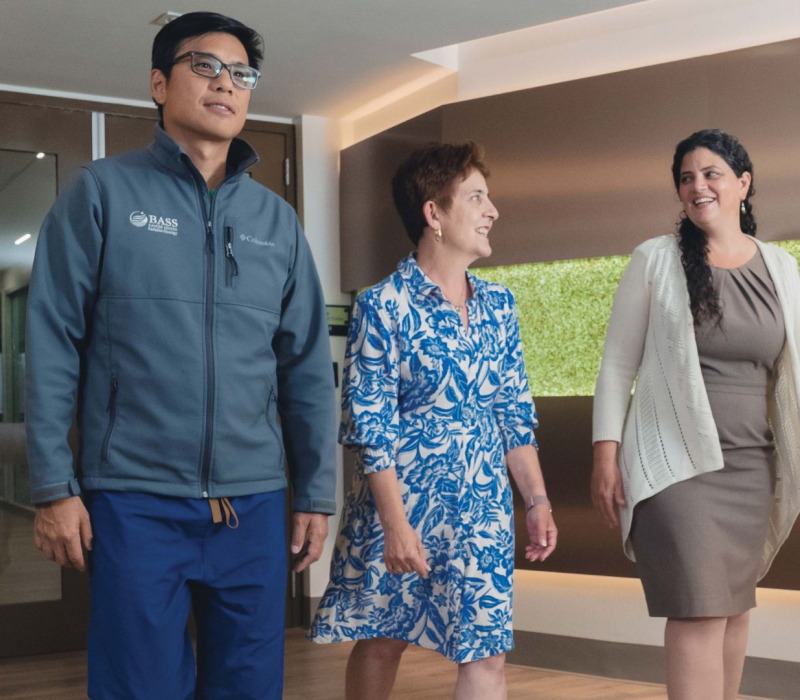 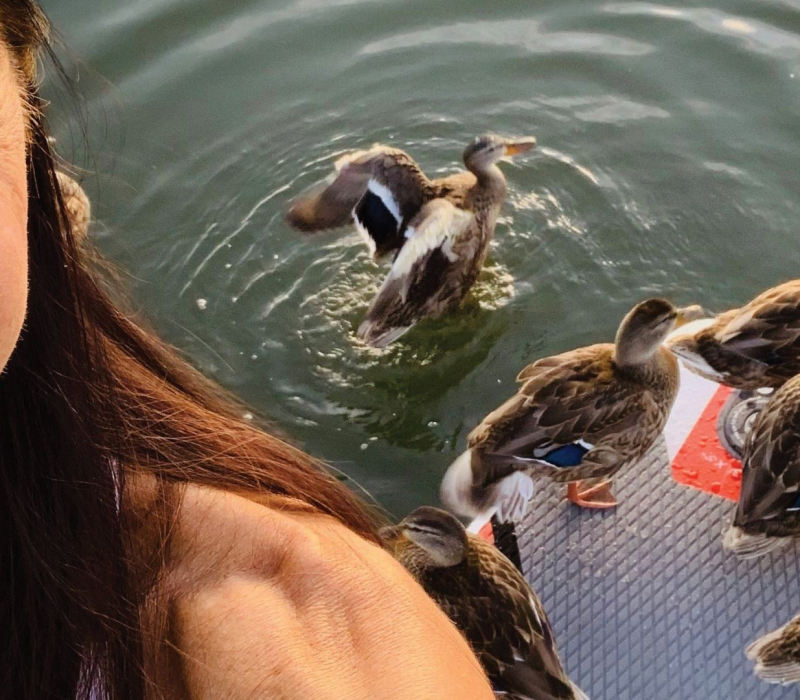 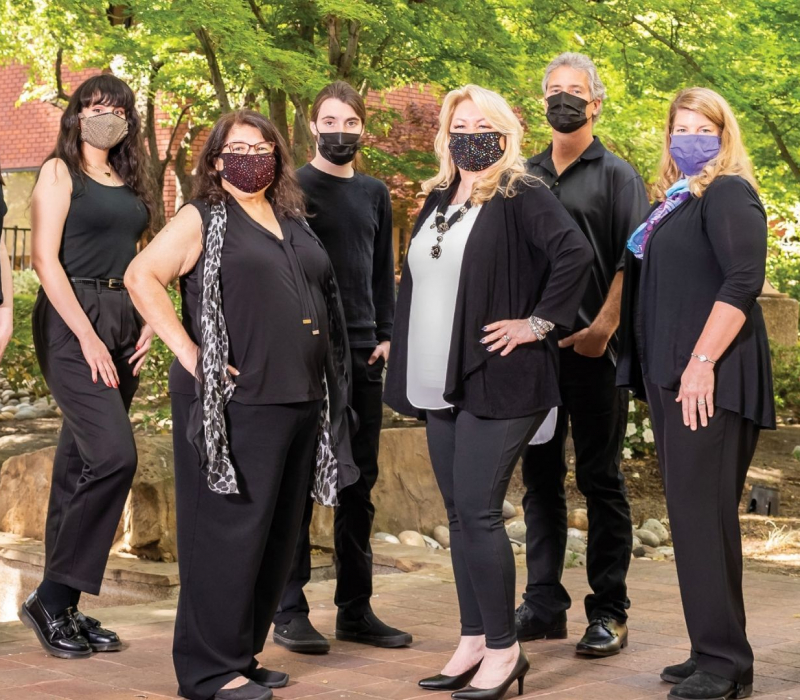 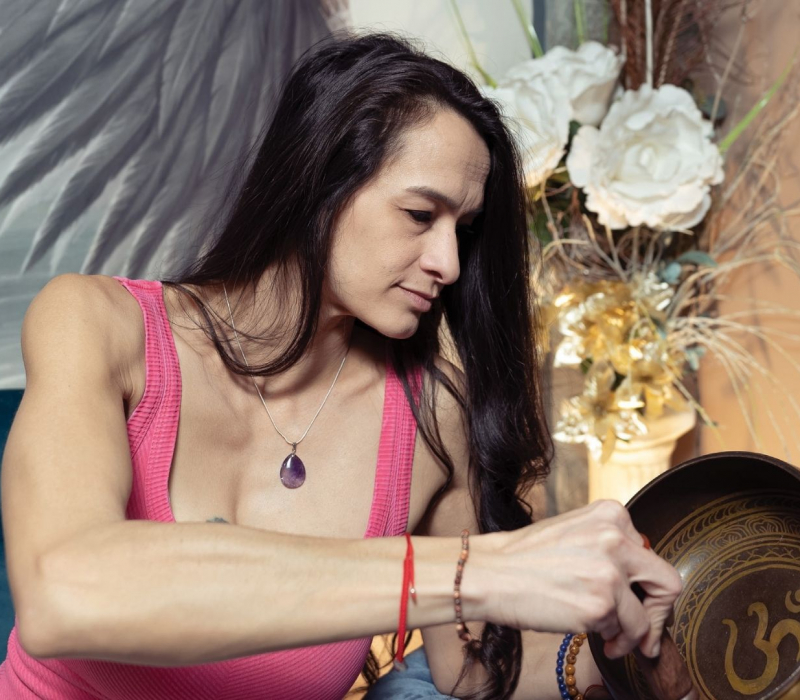 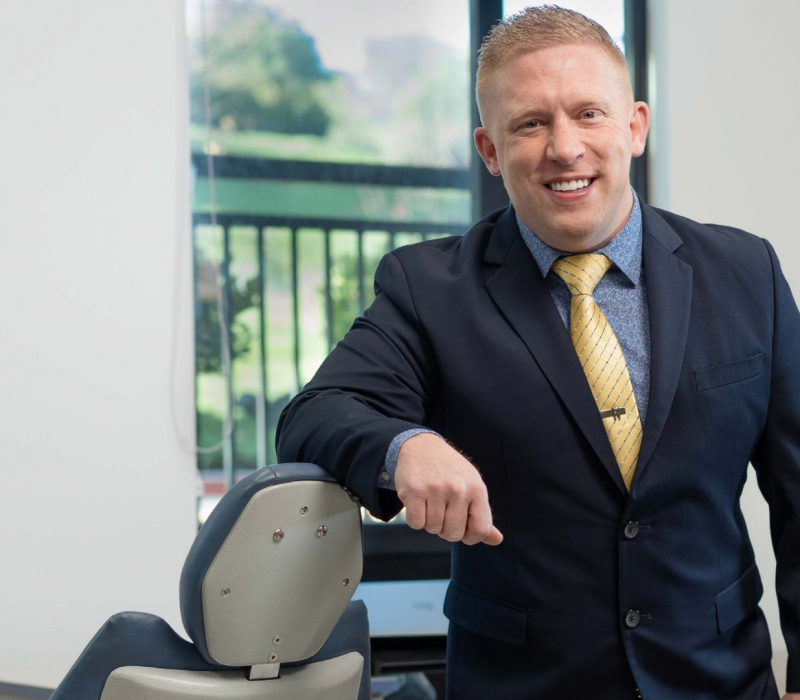 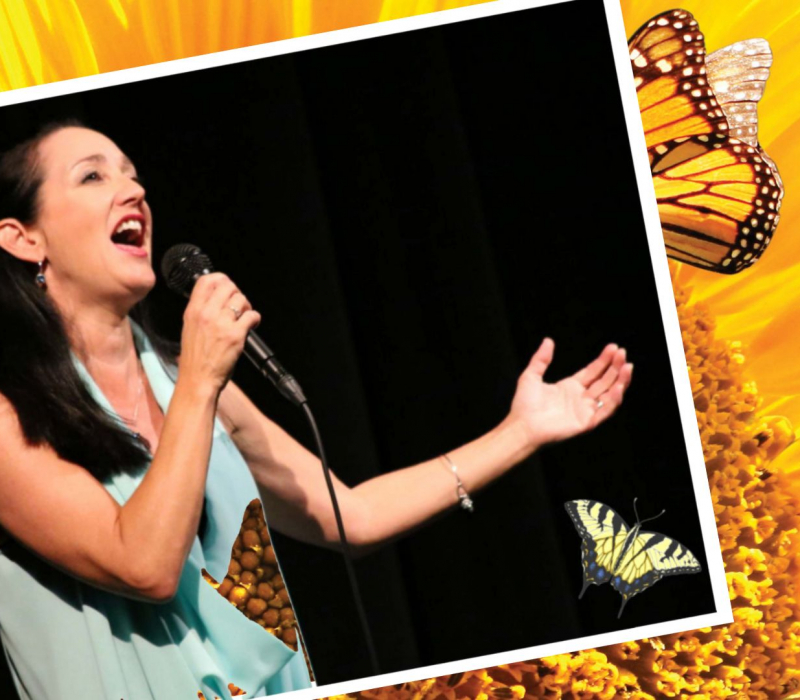 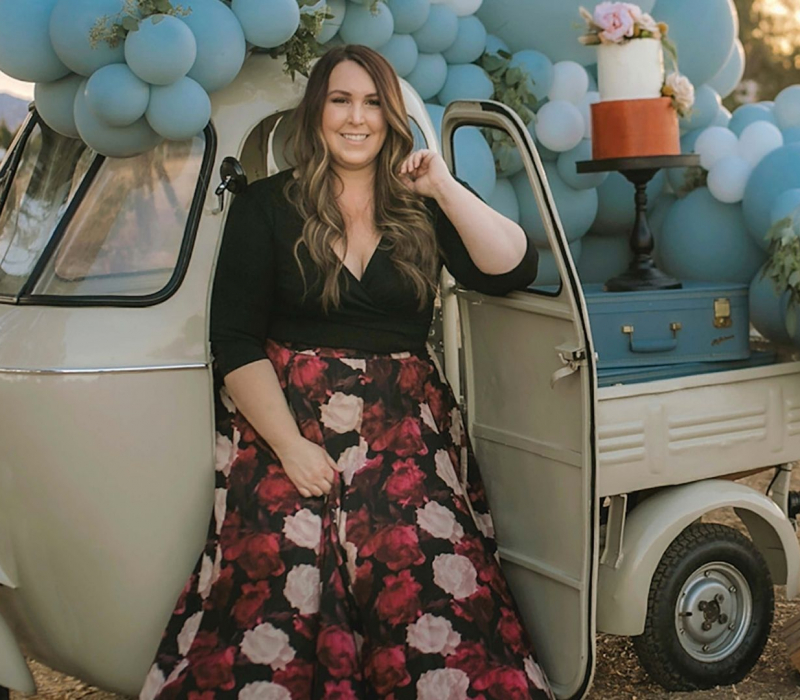