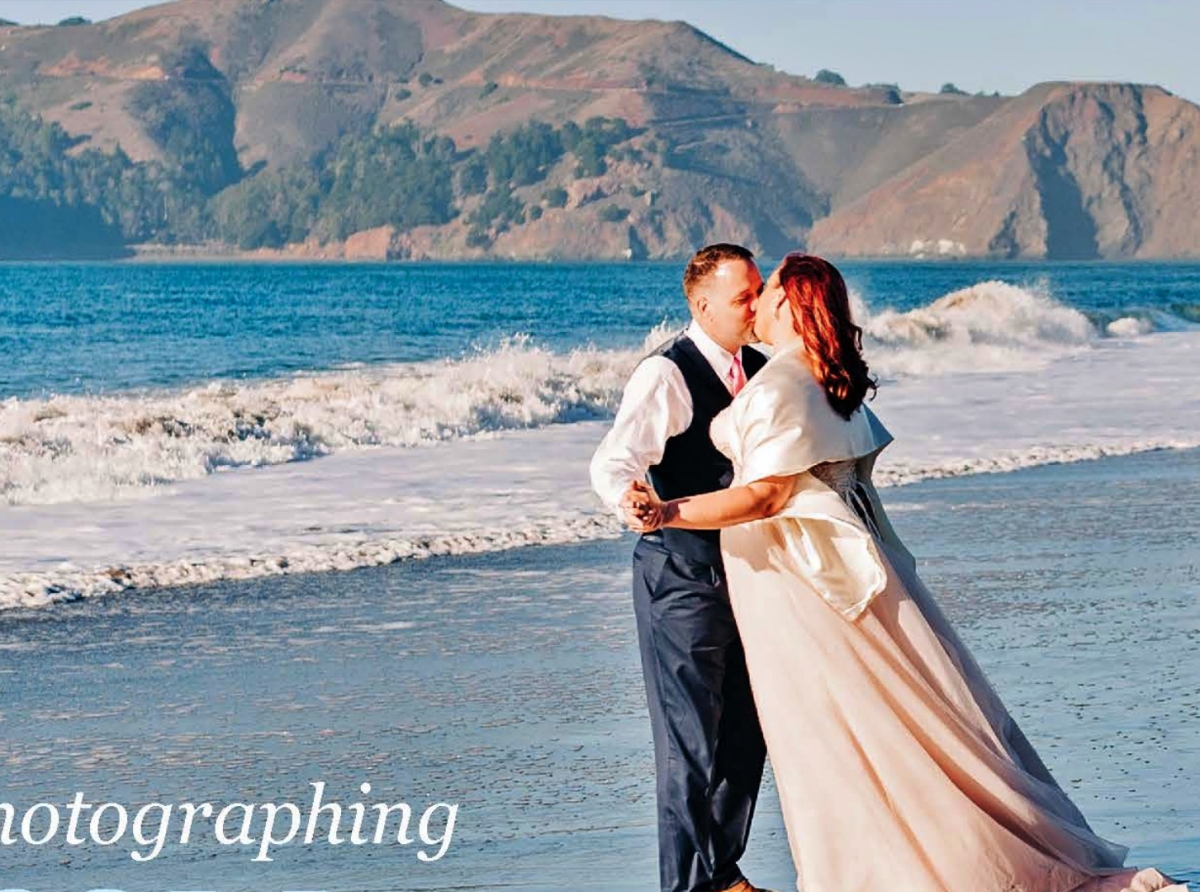 Featured 2020-02-01 Hits: 80
A Photographer Describes the Amazing Route that Brought Her to East County

I have been operating as sole photographer in my Melissa van Ruiten Photography business locally since April 2015 when my husband, Chris, our two children, and I moved into our new Garin Ranch home.

We moved from Massachusetts. We knew it would be expensive to live here and that one income wouldn’t do it, so I began advertising my business on Facebook before actually moving here. I connected with a number of networking photography groups and joined the Mothers of Brentwood. Last fall, I did a pick-up 110° Magazine photoshoot for Vicki Little at her Sip ’N Scoop and told the publisher that I was available if she ever needed me again. Two months later, she said she needed me and started giving me some assignments.

This has turned out to be my busiest season ever. I’m trying to do some more organic and adventurous photoshoots that place subjects into some real-life context rather than just facing the camera. The tagline on my website reads “Portraits + Elopements/Weddings SF Bay Area based, but not scared of a road trip.” I might shoot pictures in the mountains, for example, of a couple who are eloping or, if a family likes to hike, take pictures of them climbing a hill in the Marin Headlands or a mountain in Yosemite.

I want to help others experience the feelings that I have when I return to my parents’ home and see the photographic record my wise father made in a series of photo albums covering their wedding and subsequent memorable events in our lives from my infancy to the present — a memorable visit to an aquarium or science museum, a family trip to Santa Cruz, or an important turning-point in our lives. It is a joy for me to relive those events through those photos that depict us engaged in life more organically than the typical stand-and-pose pictures in most family albums. The only shortcoming is that each photo excludes one of my parents, usually my dad, who was taking the picture. 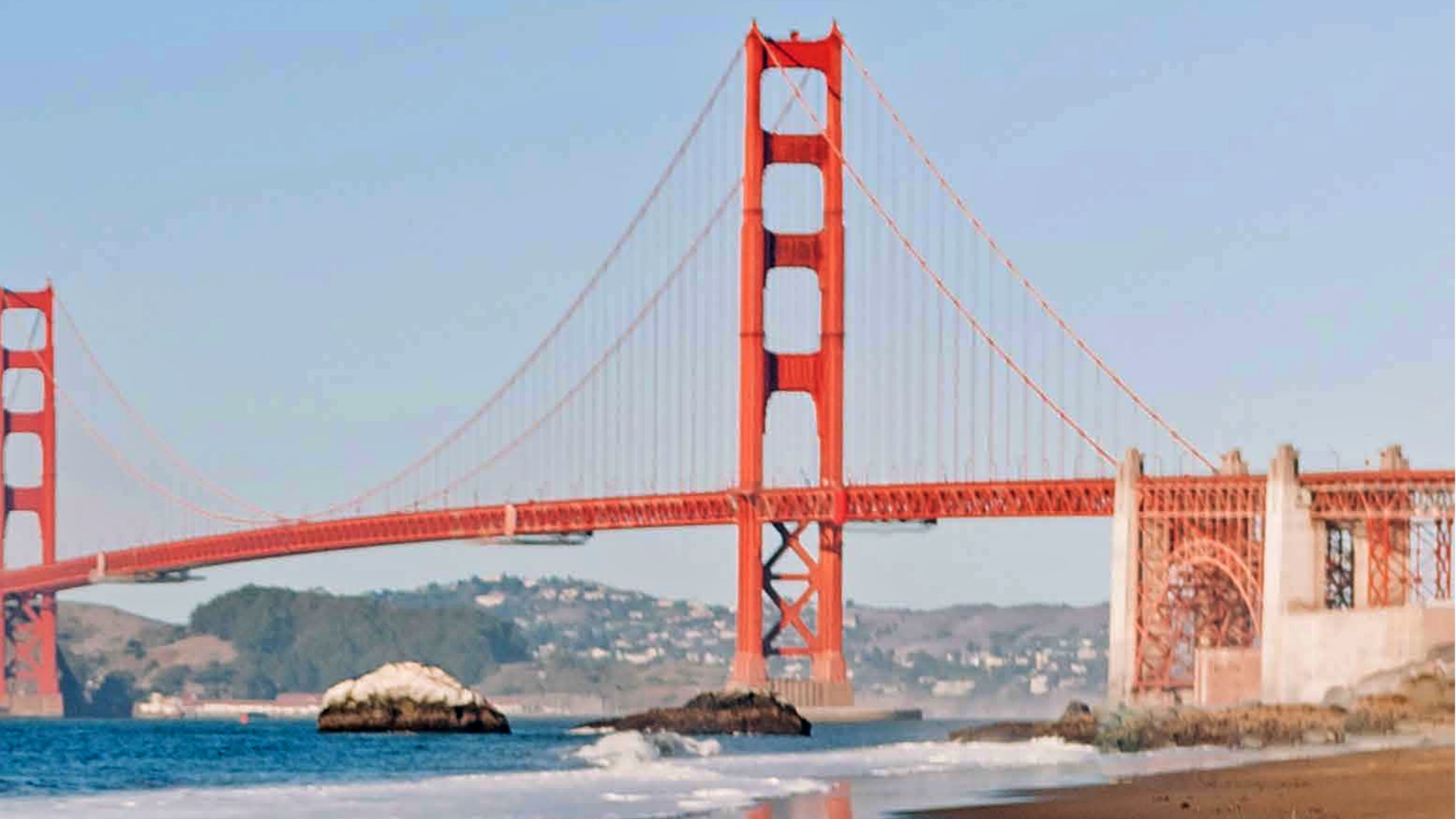 (On some occasions, at least, they should have hired a photographer.)

I’ve joined my parents in their lifelong mission of serving others. They have always had giving-back attitudes. Mom was an elementary school teacher. When I was young, Dad was a park ranger. He later served as pastor and director of children and youth ministries in several churches. They passed down to their daughter a philosophy of kindness. They ingrained the golden rule in every part of their lives, which became my own moral compass for fairness, kindness, and acceptance.

I enjoy giving back. I don’t have much money to donate but can contribute my time and abilities. I do sittings on holidays and each spring as fundraisers for the Learning to Hope in Haiti foundation. I regularly donate my services for the Gold Hope Project that provides free photos for families affected by pediatric cancer, and through the Found Families foundation, I take portraits of adoptive families. Last December, I donated my time as the Santa photographer for the amazing Tunnels of Joy fundraiser. I spent a day doing a series of fundraising photoshoots for the Adventure Therapy fundraiser that provides getaways for families coping with cancer. I shot pictures of families, donating my time, while they paid the fees to Adventure Therapy. I raised money on Facebook for the foundation and shaved my head.

I’ve been blessed with a gift and a faith that tells me to let my light shine for others.

As each of us will inevitably discover while doing so, anything we do to lighten the path for others brightens our own journey.

I grew up on Cape Cod. I had been heavily engaged in the performing arts, including studies in theater and dance at Cape Cod Community College in West Barnstable and serving as a member of the technical crew at New Bedford’s Zeiterion Arts Center. I enjoyed the work, but after a year or so, it was time for a change.

I have always had a heart for serving others and applied for a position with AmeriCorps, which offers volunteer positions in outreach programs around the nation. My first hit was an opportunity to provide multi-media-based classroom learning experiences in New Mexico. I had never been in New Mexico before, so embraced it as an opportunity to live for a while in a place other than New England. If I was looking for something different, I hit the nail on the head because New Mexico turned out to be the opposite of Cape Cod. The weather was dry and it was more than 3,000 miles from the nearest ocean. However, New Mexico had charms of its own; the desert and the distant Organ Mountains were beautiful. My housing situation had radically changed, as well. I was an only child so moving into a shared housing situation confronted me with the novel challenge of adjusting my style of living to accommodate the activities and schedules of my three roommates.

It did not take long to discover that the AmeriCorps program was mismanaged and that we weren’t accomplishing anything meaningful, so I left the program. However, I wasn’t ready to leave New Mexico so I got a job at a Las Cruces business called Coas Books that was the state’s largest second-hand bookstore, which is owned and operated by a wonderful family. The shelves hold more than 500,000 books. We would stock, shelve, and sell more than 1,000 books every day. An antiquarian book seller was in the store fulltime to manage the large number of old and often valuable books that came through the store.

My dad was an amateur photographer, but I only became interested in photography when I teamed up with a new friend Steve, and the two of us would ride bikes and hike in the mountains. I wanted to make a record of the beauty that I was observing on those getaways, so began taking pictures with a series of disposable cameras. I was dissatisfied with the expense and the low-quality snapshots I was taking, so I asked my parents to buy me a camera for Christmas. I set my sights high and asked for one of the new Canon Rebel cameras with automated focusing and aperture control. Picture taking would be no more difficult than with a disposal camera, but the results would be far better.

My father wanted me to develop some photography skills, rather than simply letting the camera do all the work, so he gave me an all-manual Promaster 2500. If you adjusted the f-stops to permit the correct amount of light and set the shutter speed correctly you could take really nice pictures. I turned out to be a quick learner and before long had mastered the various knobs and gauges and loved the fact that, for example, I could take a picture of a red columbine flower against a sandy background and make the picture dusky, brilliant, or black-and-white. Plus I could focus on the flower, the background, or both.

I quickly began to put the camera to good use by creating a colorful record of interesting things that I saw and places where I had been. I also began to find beauty in normal objects that were around me. The area I lived in had an old and settled quality. Subdivisions full of townhouses and estate homes hadn’t made an appearance so we were surrounded by wilderness. Most people I met had been in the area all their lives; their homes had been lived in and loved in for generations.

After a year, I decided to go back to Massachusetts and study photography, but I was derailed into a two-and-a-half-year relationship with a man. He was a talented and interesting artist with a side business making beautiful didgeridoos or “drone pipes,” which are the oldest wind instruments, developed by Australian aborigines at least 2,000 years ago. He also created acrylic art on canvas and henna art on people’s skin and on drum heads.

I paid $700 for a 1970 VW bus in New Mexico, plastered it with bumper stickers, and spent two years with him following the Renaissance Festival tour. We would spend two months at the beginning of the year in Arizona followed by Georgia, Texas, Colorado, Minnesota, North Carolina, and ending in Louisiana. I enjoyed the nomadic lifestyle and would spend free time exploring and taking pictures in local photo-destinations, such as the Garden of the Gods and the Smoky Mountains. Keeping the bus running was a challenge, but fortunately I had all the manuals and diagrams and made whatever repairs I could on the ancient machine myself.

When the relationship ended, it was a down-time for me, but Robin had been born and became my catalyst and reason for living. I drove back to New England and moved in with my parents. Apparently, the supply of VW Buses was much more limited in Massachusetts than in New Mexico, and I sold the bus for $1,200.

My parents are amazing people. Whenever I was in trouble they would let me move back into my old room without question or criticism. If necessary, I could move back in with them tomorrow. My folks had been raised to practice generosity, and they passed their giving spirit down to their child. I wouldn’t be where I am without them. I learned from them to help anyone who needs help without looking for anything in return.

Cape Cod was a great place to work on any creative art or trade. Many of my friends are artists, and all of them are interested in the arts. We would gather for Art Nights when each member would present some object or performance to the group. For example, one might model vintage clothing, another would paint a picture. I would move among them taking photos. My connections with that circle of friends provided a creative release from my regular life as a single mom.

I decided to move forward with photography. In 2009, I bought a Nikon D60, which proved to be an unwise decision because it had performance limitations and was unsatisfactory in marginal lighting situations. Nevertheless, I worked hard at mastering photography and to learn the ins and outs of the craft by reading books and magazines, and especially through an amazing amount of trial and error.

In 2011, I set up Colors of Her Heart photography, focusing on taking pictures of families and children, which is much different than the landscapes I had been accustomed to. I began by taking pictures of my husband Chris’s fellow workers in his position as a trainer for Raytheon defense contractors. Before long, word of mouth kicked the business into higher gear. There were times at the beginning when I would become discouraged by the levels of competition and expertise I could see in my competitors. It was easy to become frustrated during a photoshoot when a session wouldn’t go perfectly. I began to do second shootings at weddings. At first I offered my services for free. However, I “paid my dues,” gained experience, grew into the business, began invoicing the primary photographers, and before long was shooting my own weddings. I did everything possible to learn to create memorable portraits, weddings, and other events, and developed my style of photographing families in environments that reflect who they are and where they are.

When I was a child thinking about what I would be when I grew up, I was planning to be on Broadway. Life usually doesn’t go according to plan, and the life I’m living now is absolutely wonderful and satisfying.

An Eye For Direction