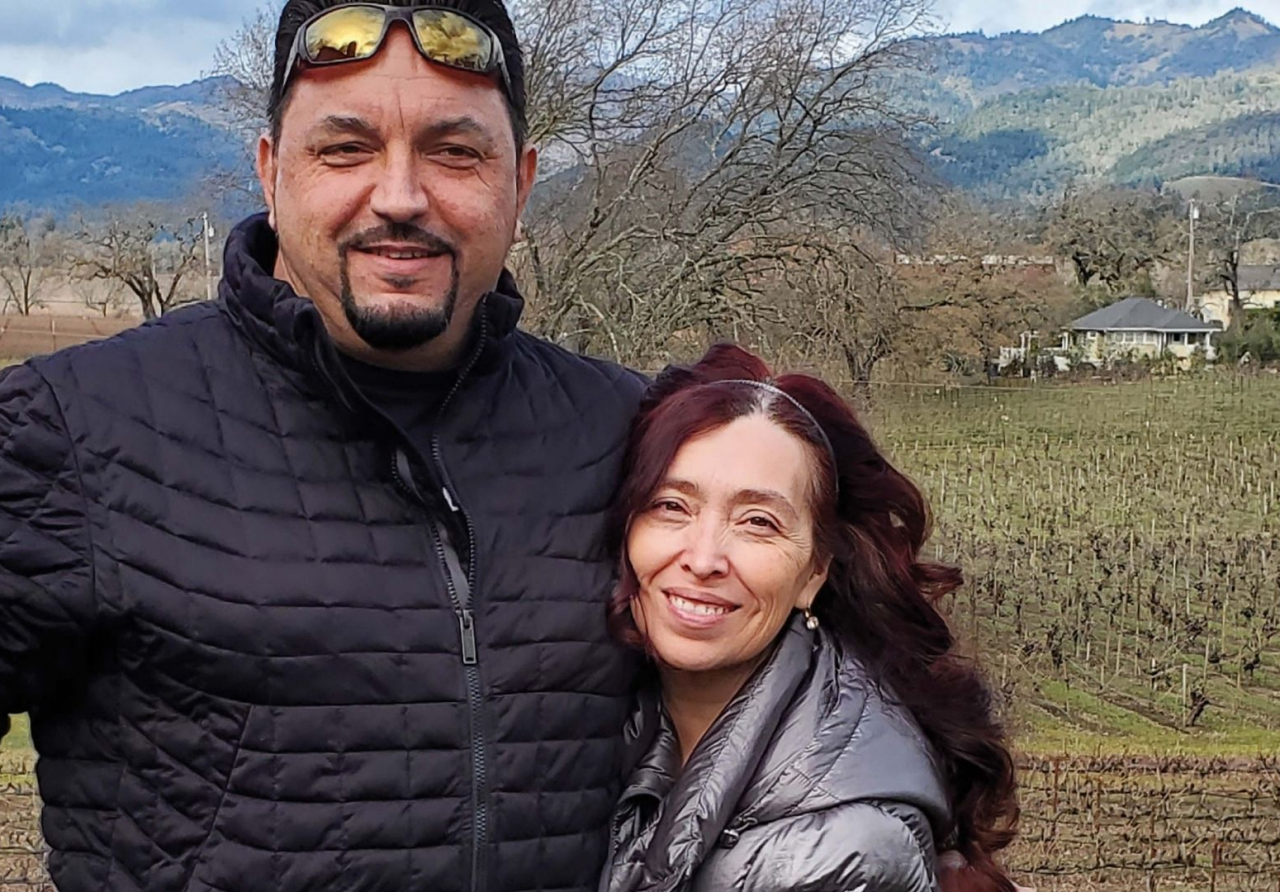 A Lifetime Of Learning, Talking & Loving

jim and Liana Wilson’s love story began over 30 years ago inside the halls of Ygnacio Valley High School. They were the classic high school power couple, the football player and the cheerleader, lighting up every room they went into. But the genesis of their relationship wasn’t so easy. In fact, Liana proclaims Jim would bug her, often waiting for her beside her car uninvited. Says Liana, “I was too into cheerleading to have time for a boyfriend. He borrowed a pencil from me in class, and after that, he was just always there. He eventually won me over with his sense of humor.” It is that sharp wit and engaging demeanor that draws people to Jim. He is a natural people magnet. Jim’s willingness to communicate and always lend an ear is the very trait Liana credits to their lasting bond.

Through senior year, prom season, and even after graduation, this couple became devoted to each other. In fact, for both, this union has been the only one they have ever known. There were no previous relationships. They truly are each other’s one and only love. That dedication would prove to hold up under the most challenging of times. Liana experienced the very painful loss of her father to leukemia just before Christmas following graduation. Says Liana, “They say that time makes things better. Well, to this day, my family is still not over his death. I was so blessed to have Jim’s full support during that rough time. He carried me through all the pain, he was my shoulder and strength. I know I would never have made it without him. He was and is still, my rock.” 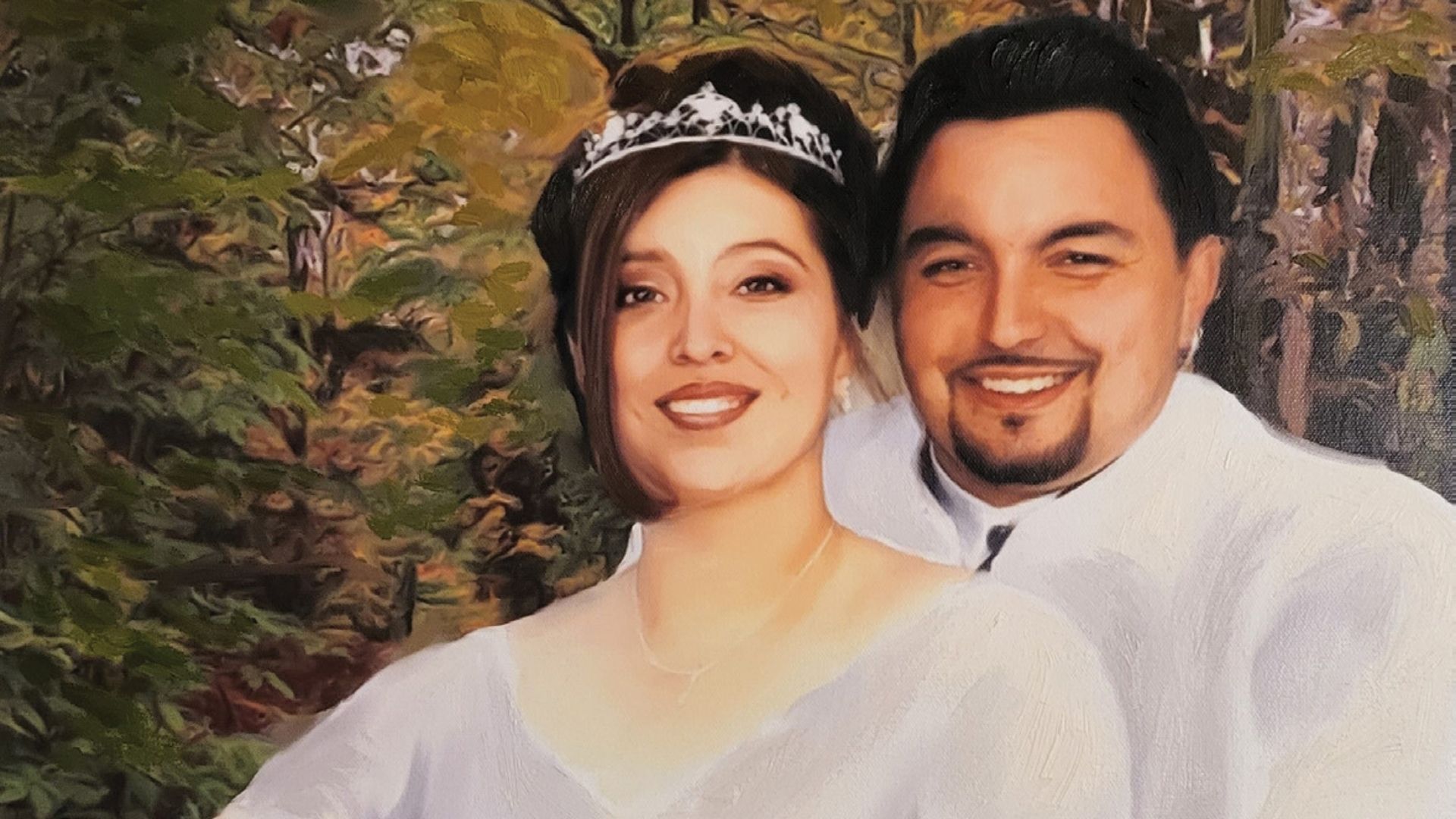 “The advice they would give any couple is simply, communicate. There is nothing they can’t talk about.”

Liana knew her father’s wish for her was to earn a college degree. She set upon her higher-education journey, taking her first course in anthropology. As she furthered her education in Arizona, Jim and Liana stayed together throughout the physical separation. All the while, Jim was planning their future together. He knew he wanted to marry Liana; it was all his heart desired. He also knew he needed to be able to provide for her while she chased her dream of earning a graduate degree in anthropology. By luck, he met a friend of his who was doing construction work and started working in the industry. By 22, he had obtained his own contractor’s license and started his own company. Jim Wilson Construction focused on window and door installation and provided a good, steady income fit for a family. Now, he was ready to pop the question! On bended knee, and with great anticipation of a long and beautiful future together, Jim asked his girlfriend to marry him. To that, her reply was not “yes”—but “not yet.” Jim would have to stay strong and courageous for the next few years as Liana was laser focused on attaining that degree she had set her sights on. Nothing was going to sideline her. And Jim was, of course, very understanding. In fact, Jim would have to be understanding a whopping seven more times!

After eight times of asking, Jim got his yes. “It was always a yes. I knew I was going to be with Jim forever, I just needed to get that education first. My mother taught me from a very young age that a woman should be self-sufficient. There will be struggles, and I needed to be able to provide for a family on my own, not just rely on my husband to do it,” says Liana.

When the wedding day was decided upon, Liana was still finishing her degree in Arizona. All the plans were left up to her family and friends. She simply didn’t care about the details, only the celebration itself. The ceremony was held at Liana’s alma matter, St. Mary’s College. The church was bedecked with Christmas flowers and sparkled with twinkle lights. It was a gorgeous setting in which to profess their unwavering love. On that day, Liana’s uncle shared with her a special message. Liana’s father had told his brother-in-law long ago that when he first met “James,” he immediately knew he would become his son-in-law. On January 9, 1999, Liana’s father would prove to be correct.

Although married, Liana returned to finish school in Arizona, with Jim visiting as often as possible. On one visit, Liana noticed she was feeling ill; she thought it was the flu. After getting married, she noticed that every time she would call home, her mother would ask, “Well, are you pregnant yet?” During this one particular phone call, Liana’s mother did not mention it. Liana said to her mother, “Mom, is there something you want to ask me?” Her confused mother said, “No, what?” Liana reminded her that each time she called she always asked one certain question. The happy reply on the other end was only sobbing. The Wilsons welcomed their baby girl Taylor in 2001. They went on to grow their family, becoming parents to their daughter Sami and son Drake. 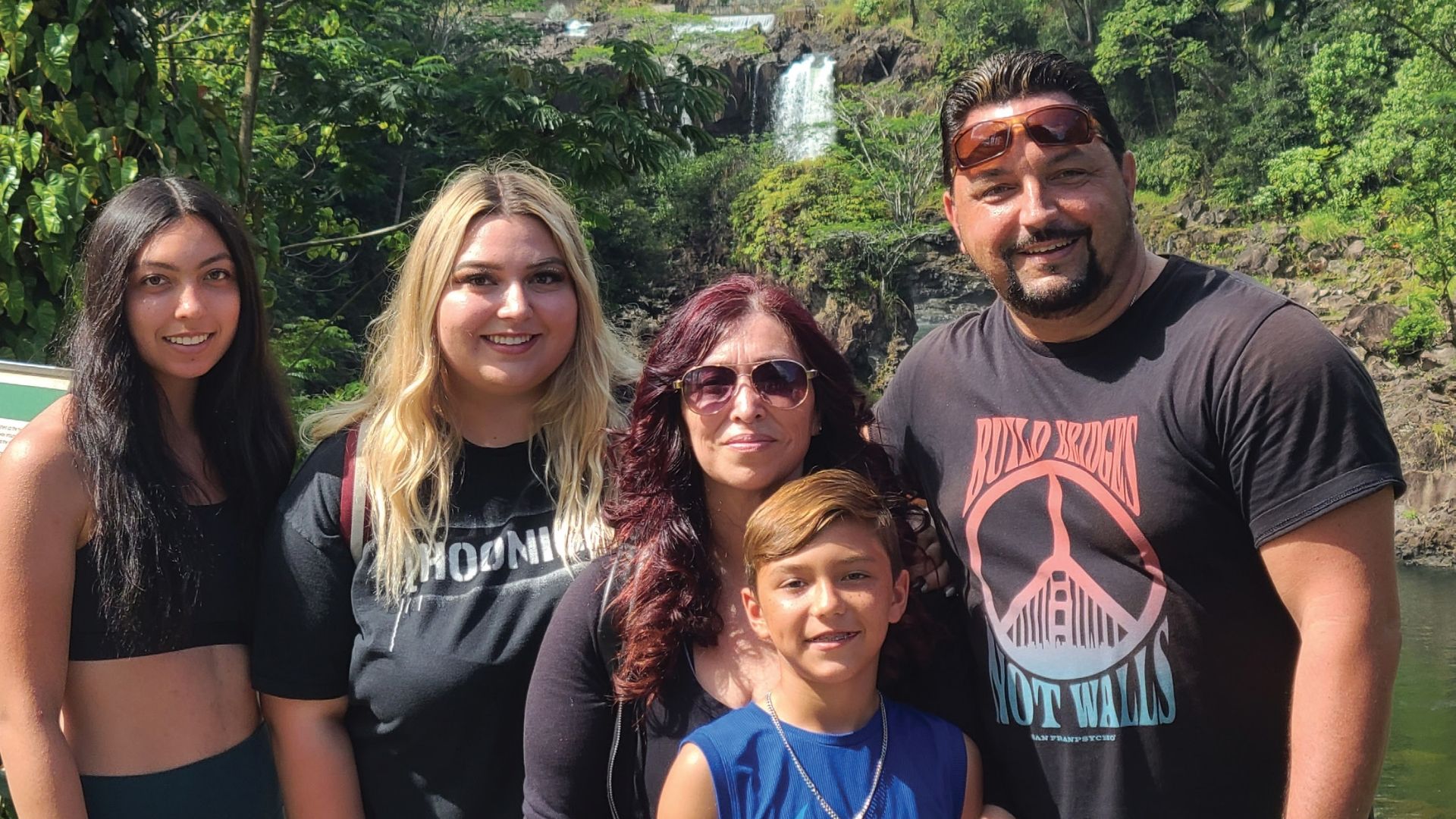 With her education behind her, and now teaching anthropology at both Los Medanos College and St. Mary’s, Liana deemed it time for Jim to pursue a higher education. After attaining his degree in calibration engineering, Jim now works as a calibration technician for a therapeutics company leading the way in the fight against cancer. It is a rewarding job, though during his time there, a few bumps in the road have presented themselves. One of those bumps resulted in Jim needing surgery. Says Liana, “Our kids are very active in sports. Jim has never missed a game, ever. He would be the first one on the sidelines cheering the loudest. We started noticing his voice cracking. Or he would go to yell, and nothing would come out.” A tumor was found in his throat and removed two years ago. It was benign. Then again, in October 2021, they found another growth, this time on his vocal cords. They are hopeful that this last operation has solved any issues. Says Liana, “Behind closed doors there were a lot of tears. It struck the family hard. What if we were to lose him? He is everything to this family. He goes on daughter dates with the girls, they go to the show, he takes Drake to his baseball games. And most of all, he is my best friend.”

“One of the things Jim loves about Liana is her fiery personality. He loves to debate with her because she is so passionate.”

“Jim says, ‘Hearing other’s viewpoints is how you grow right?’”

Liana recently experienced her own health scare. After reassessing her health a few years ago, Liana has been working hard to realign her body with fitness through workouts at P2P. It has had a great impact on her health, and she has felt better than ever. In December 2021, she suffered a mini stroke and discovered a physiological issue with her skull was putting pressure on her brain. Her family is working toward quickly resolving this latest development.

The longevity of their relationship is not anything they take lightly. The advice they would give any couple is simply, communicate. There is nothing they can’t talk about. Liana says there’s no other person who understands her quite like Jim. He’s always got her back, and she knows it. She proclaims him to have a magnetic personality. Complete strangers gravitate to Jim and just start pouring out their hearts. Jim shrugs it off and says, “If someone needs to talk, I want to be there to listen. A few moments of my time won’t make a difference to me, but it could for them.” One of the things Jim loves about Liana is her fiery personality. He loves to debate with her because she is so passionate. Jim says, “Hearing other’s viewpoints is how you grow right?”

Liana is still in awe when she looks upon the man she met at the young age of 17, now leading the family with such love and strength. They still wait for each other to come home in excited anticipation of being together. A friend once shared with her that at a party, Jim had arrived late from work and was chatting with her upon his arrival, when Liana suddenly walked into the room. Jim’s gaze became affixed, and he stopped talking mid-sentence to go over and greet Liana. That’s the kind of enduring love that transcends time and any challenge put to it.